A female Green Turtle was tagged at Mon Repos back in 1989. Since then she has returned to Mon Repos on 8 occasions including this year's breeding season. Researchers including Col Limpus, staff of the Department of Environment and Sciences (DES) have been monitoring her progress. In 2017 a GPS tag was placed on her and data collected revealed her travels not only around the nesting site at Mon Repos, but also her foraging journeys, which included Moreton Bay and in particular the eastern shoreline of the Redcliffe Peninsula, Brighton and Sandgate.

​A stranded Green Turtle was reported at Scarborough Beach along the rock wall and the Off-leash Dog Beach. At first it was difficult to find until the keen eyes of REF and Turtles of Moreton Bay volunteer Susan Watt spotted it resting and stationary on some seagrass. Late in the afternoon it was decided to rescue the animal, keep it overnight and then transport it to the Australia Zoo Hospital.

A stranded turtle was reported at Brighton Sunday evening. The turtle was a loggerhead, one of the 6 species of turtle found in Moreton Bay. Thanks to members of the public who reported the standing, Janelle and friends who then stayed with the turtle until Australia Zoo Rescue contacted REF for assistance. Also thanks to David from RSPCA wildlife carers who arrived to help with loading the turtle, named Donnie (after Donatella). Finally a big thank you to the tireless team at Australia Zoo. Their rescue team is always busy helping our wildlife. Note: Unfortunately the turtle didn't survive due to its poor condition.
22nd August 2021

The secretary of REF, Vashti Biffanti discovered a Green Turtle floating in the shallows of Deception Bay. Vashti contacted the rangers at Moreton Bay (DES) and then the Turtles of Moreton Bay volunteer team. The turtle was rescued and then delivered to the Australia Zoo Hospital Rescue team. Further update tbc.
22nd July 2021

REF (Turtles of Moreton Bay) was called on to rescue a green turtle at Scarborough Harbour (western side). The turtle was in bad shape when it was sent to the Australia Zoo Hospital for triage (along with another turtle collected by the Moreton Bay Rangers from Wellington Point. Unfortunately the Scarborough turtle didn't make it through the night with the vet advising that it was in very poor condition due to an infection of parasites. In most cases stranded turtles are usually in poor condition.

With the recent rain events in Moreton Bay, the Rescue team has been kept busy with reports of turtle strandings along the Peninsula shoreline. Below are some examples of the some of the team's encounters with strandings.

We continue to get reports from the public regarding turtle strandings around the Peninsula. Nearly all strandings involve the Green Turtle and common causes of mortality are related to poor condition (possibly from starvation). 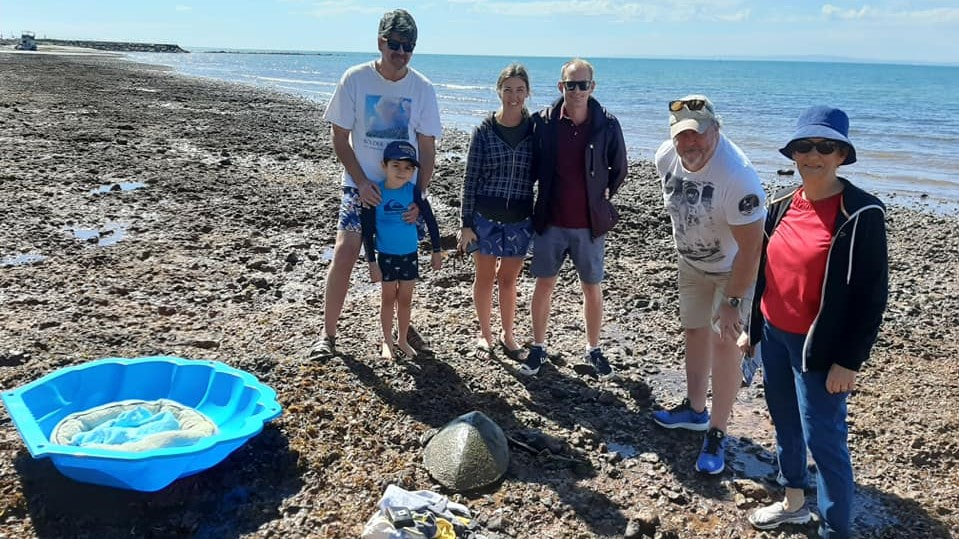 We rely on the public to report turtle strandings. Just call The Queensland Government Wildlife Hotline on 1300 130 372 (Extension 1; 4 for turtles)

May 2020 Update: Large numbers of turtles in Moreton Bay

The Department of Environment and Science reports there are up to 20,000 turtles in Moreton Bay. This has seen a number of the smaller turtles displaced from their feeding grounds leading to a number of reported sightings and rescues. Two recent cases had malnourished green turtles collected at Hawk's Canal, Newport and just off Scarborough Reef.

​If you come across sick, stranded, injured or dead marine animals such as a turtle, dugong, dolphin or whale, please report it to the Queensland Department of Environment and Science marine hotline on 1300 130 372 or wildlife.operations@des.qld.gov.au.
Specific condition and location information is particularly helpful so GPS coordinates and photos are appreciated. If an animal has a tag, please record the tag data and take a photo of it as well.

January 2020: A sad start to the year for our turtles in Moreton Bay

Quest papers through the Redcliffe Herald and the Courier Mail released a front page report on the plight of a number of turtles stranded on the Redcliffe foreshores. Geoffrey Redman, president of REF and a volunteer for reporting turtle strandings in Moreton Bay was called to a number of strandings in early 2020.  Comments from Geoffrey:

"The first day of 2020 was a very sad day for me. A boat strike on a very large(114cm) female green turtle near the Sea, Salt and Vine Café, Scarborough. She must have been killed recently. I would say over 80 years of age, and a lovely looking girl she was. RIP. Thanks to the many people that reported her."

Geoff went to Scott's Point beach after 10:30am to do a DES report. "The first photo was yesterday, the second this morning and the rest after 10:30. It shows the rapid deterioration of the large 110cm deceased male green turtle. Council arrived to remove the lovely guy that had been struck by s propeller. That's 2 large greens in a week by propellers in the Peninsula.!"

13th July 2019
Some volunteers from REF completed an online course and then attended a workshop at Manly. We now have 4 trained volunteers on call to assist staff from Queensland Parks and Wildlife Services. also thank you to QWALC for extending our insurance to cover our volunteers when they are assisting QPWS with turtle marine strandings. Subjects and practice covered at the workshop included: 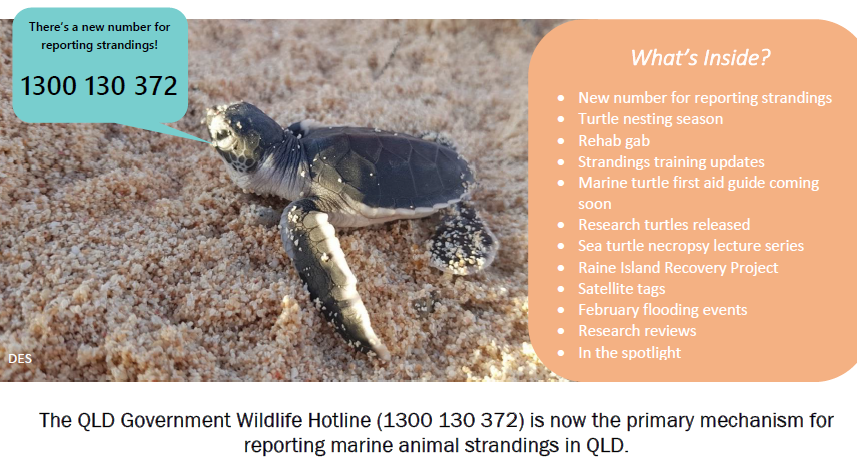